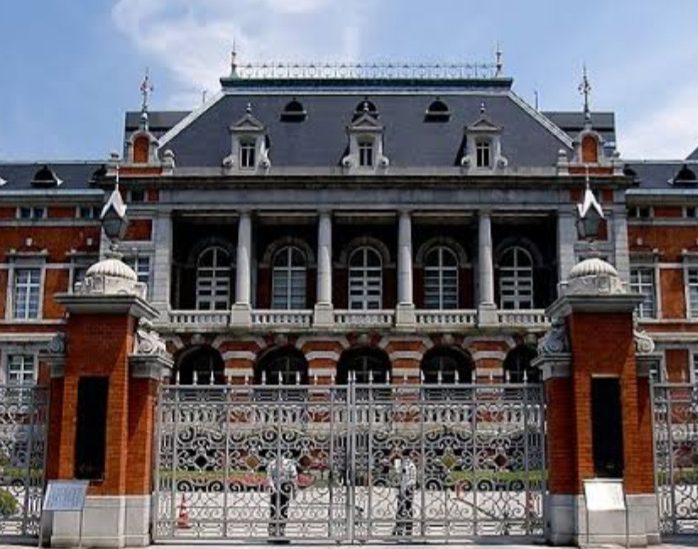 The Carlos Ghosn Affair and the « hostage justice » (hitojichi shiho)

From his arrest on November 19, 2018, in Tokyo to his incredible escape to Lebanon on December 30, 2019, the Carlos Ghosn case is still an ongoing story. Laid off from his position of CEO / Chairman of Nissan and Mitsubishi Motors after his arrest on allegations of financial misconduct, the Franco-Lebanese-Brazilian businessman, was originally detained for 21 days and then – to keep him in custody beyond the legal maximum –, has been arrested a second time on other charges. This case has shone a light on Japan’s long overlooked « hostage justice » system, in which criminal suspects are held for long periods in strict conditions to coerce them into confessing.

Through the Carlos Ghosn affair, this article will tackle the specificity of the Japanese detention system, the criticisms it spurs at international and national levels, as well as the risk posed by an abusive use of hostage rhetoric in a global context.

The specificity of the Japanese detention system

The Japanese detention system allows, after the expiration of the initial 72 hours of police custody and in accordance with the Japanese Criminal Procedure Code, to detain suspects in police detention centers for a total of 23 days without granting them the possibility of release on bail. But the actual length of detention can be considerably longer, as this 23-day period is renewed each time a new charge is brought against the accused. Compared to the justice system in other liberal democracies, Japan’s Code of Criminal Procedure does not allow defendant attorneys to be present during questioning, which can last for up to twelve hours a day, for weeks. This long period of detention is said to prevent the suspect from escaping during the investigation and the evidence from a potential destruction.

The term « hostage justice » is used to criticize Japanese judicial practices in the criminal field. It refers to the period previous to any trial during which an accused  is detained, often in difficult material conditions, and interrogated most of the time intensively and without an attorney present, so that facts presented to him rapidly turn into a full confession. Indeed, prosecutors and the police are accustomed to voluntarily splitting up the charges against the suspect so as to be able to indefinitely lengthen the period of detention indefinitely, sometimes by simply redefining a previous charge. For example, a murder suspect may first be charged with a simple “abandonment of the corpse” charge, so as to later allow a second charge for murder, opening a further 23 days.

Carlos Ghosn was subjected to this system, having been imprisoned and interrogated for a total of 53 days before being officially charged, without the presence of lawyers and without permission to see his family. His experience has brought heightened international attention to the way people suspected of crimes are treated in Japan. It is relevant to remark however, that Ghosn’s case is not the first. Indeed, Hiroji Yamashiro, a prominent peace protester, was detained in 2016 for five months before finally being released on bail after protesting in front of a U.S. military base in Okinawa. Sun-Dyu, a musician, was detained for 10 months without bail on suspicion of stealing 10,000 yen (around $ 90) from a store, while Atsuko Muraki, a senior bureaucrat, was detained for four months on suspicion of violating postal service laws. Both were eventually found not guilty.

Carlos Ghosn’s French lawyers have repeatedly filed a complaint with the United Nations High Commissioner for Human Rights, in which they call for recognizing that the living conditions of their client are equivalent to an arbitrary deprivation of liberty, which has been set up with the aim of « inequality of arms » in view of the trial. Carlos Ghosn continues to accuse the Japanese courts of the conditions in which he was interrogated and in which his release took place. In response to his comments made in January 2020, comparing Japanese judicial procedures to those of other nations such as North Korea, China or “Soviet Russia”, Japanese Minister of Justice Masako Mori retorted that these comments were “abstract, unclear or baseless claims” and gave a distorted picture of justice in Japan.

However the hitojichi-shiho system is heavily criticized, including in Japan. Since the 1990s, local associations of lawyers have launched a system of appointed lawyers (Toban Bengoshi), inspired by the British system, to allow lawyers to be sent on request to ensure that the basic rights of defendants are observed, and thus overcome the problem of the absence of lawyers during interrogations. This system was set up in 2006, then successively extended over the years to more criminal cases. Since the partial modification of the Criminal Procedure Code in 2016, part of the interrogations must be « visible », meaning they must be the object of audio and visual recording. The “postal fraud scandal” of 2009, in which Muraki Atsuko was involved, was one of the elements that led to this reform. In April 2019, 1.010 Japanese jurists (lawyers and researchers) signed a petition through the NGO Human Rights Watch questioning the conditions of detention. The fight led by the Japan Federation of Bar Associations (JFBA) is in the same vein. The association has engaged in a broad range of activities to reform and improve the criminal justice system, such as “transparency in interrogations”, the eradication of “hostage justice,” and other activities for the improvement of criminal procedures and the enhancement of the court-appointed defense counsel system.

According to the JFBA, the Japanese criminal justice systen presents a number of problems with respect to both the Japanese Constitution and international human rights law. Because « hostage justice » is used far beyond the original purpose of pretrial detention, it does not conform to the Constitution of Japan, which includes physical freedom, the right to remain silent and the right to a fair trial. In addition, the suffering caused by prolonged detention and interrogation aimed at obtaining a confession may also violate the prohibition of torture as well as internationally recognized human rights such as the presumption of innocence and the right to be assisted by a lawyer during interrogations. JFBA refers in particular to the right to “communicate with counsel of his own choosing » guaranteed by the International human rights law; as well as the right of « a detained or imprisoned person to be visited by and to consult and communicate, without delay or censorship and in full confidentiality […] », guaranteed in the United Nations Body of Principles for the Protection of All Persons under Any Form of Detention or Imprisonments. Lastly, it should also be noted that « hostage justice » goes against the principle of the presumption of innocence. This should indeed exist as a fundamental penal principle in Japan, since the country signed and ratified in 1979 the International Covenant on Civil and Political Rights of 1966 which, in its article 14, sets out among other things equality before the courts, the right to silence and the presumption of innocence.

The abuse of hostage rhetoric in the service of political denunciation

If the Ghosn affair has the merit of having relaunched public debates on the conditions of detention in Japan, it is interesting to wonder about the use of the term hostage, as it tends to be increasingly used to denounce detention conducted by states for hidden political agenda. Indeed, it is obvious that the concept of « hostage » was symbolically overinvested to denounce the detention of Carlos Ghosn, in order to attack head-on the legitimacy of the Japanese system. While the hostage figure is usually associated with individuals threatened with death by criminal or terrorist groups in exchange for financial compensation; one can question the correctness of this assimilation of Carlos Ghosn to a hostage, on the grounds of having been accused in Japan.

On this reflection, several arguments are possible, but the most relevant remains the following. The respect of Carlos Ghosn’s human rights in Japanese prisons, if it must be scrutinized, can hardly be compared to the death threats and torture inflicted on many hostages around the world. Beside, the Japanese state does not cover up Carlos Ghosn’s situation, unlike some jailers who manipulate information with respect to their hostages. The Japanese government regularly underlines that the conditions of detention in his cell, denounced by Ghosn as being abusive (such as the imposed diet, sleeping on the floor, the sitting position required at all times), do not appear as shocking to the Japanese. Moreover, the Japanese detention system does not differentiate between the accused, regardless of their social, economic, political status, or their place in the media.

The qualification of « hostage » in the case of the ex-Renault manager must indeed be understood as a rhetorical strategy. First of all, the word serves to highlight the urgency, shaped by the image of hostages who are anchored in our imaginations and whose integrity is threatened in the short term. It then allows Carlos Ghosn to be presented as a victim before being an accused, a businessman caught in the spiral of economic war. This strategy could  therefore be likened to that of lawfare, aimed at instrumentalizing the law for political ends. Lastly, this denunciation assimilates the detention of Ghosn to an emblematic practice, prohibited by international law and which the community of States cannot tolerate. The use of the term appeals to the particular sensitivity of certain countries, like France which has a proactive tradition of helping its hostages. These differences in interpretations of national laws are at the heart of state tensions, in a context where globalization affects trade in goods and services as well as values and national practices.

Today, as Carlos Ghosn fled Japan for Lebanon on December 30, 2019 – violating his house arrest – an international warrant for his arrest was issued by Japan via Interpol and handed over to Lebanese authorities. Even though Lebanon recalled that there is no judicial cooperation and extradition agreement with Japan, there is a precedent that argues in favor of Tokyo. In 2000, in fact, Beirut had agreed to “expel” to Japan four members of the “Japanese Red Army”, a small far-left group responsible for the massacre, on May 30th, 1972, of 24 people at the airport Lod-Tel-Aviv (Israel), who had taken refuge in Lebanon. This example stresses the importance of a judicial custom capable of filling the gaps in jurisprudence, in cases of judicial settlements highly invested by the political field.

Ultimately, the Carlos Ghosn case continues to reveal us two main aspects. First, reforms of the Japanese justice system, including the most recent ones initiated after the 2000s, have still failed to resolve the problem of « hostage justice » in Japan. If the international resonance of the case has helped revive the debate and fuel the criticism led by a good number of Japanese lawyers, the specificity of the Japanese detention system is particularly well integrated into Japanese mentalities. While the government sells the effectiveness of such a system with a conviction rate of 99% of those prosecuted, public opinion in Japan continues to be informed mainly (up to 80%) by the official newspapers of the archipelago, the content of which is mainly influenced by the executive power through « clubs of reporters » (kisha clubs). Second, the systematic assimilation of Carlos Ghosn as the hostage figure by Western governments and media gives rise to the risk of seeing any trial of personalities as a political attack, which would call for a political response. However, using retaliation as a means of pressure, part of the pure logic of a balance of power, would spell the end of justice and diplomacy.

Body of Principles for the Protection of All Persons under Any Form of Detention or Imprisonment, United Nations Human Rights office of the High Commissioner
URL : https://www.ohchr.org/en/professionalinterest/pages/detentionorimprisonment.aspx 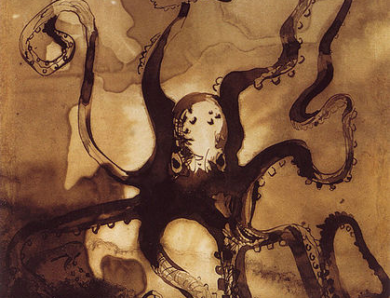 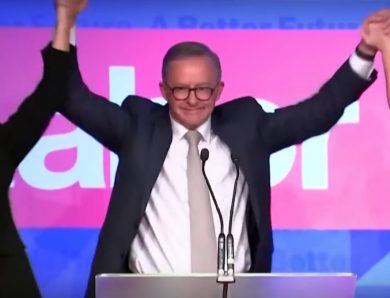 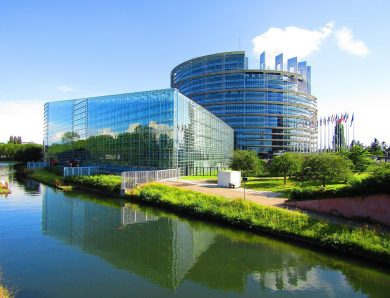 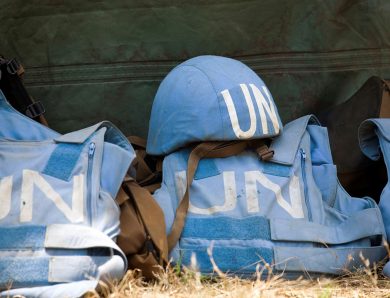